I enjoy adding photos to Google Maps. That enjoyment really increased a few years ago when I bought a 360-degree camera. Since 360-degree cameras are still a bit of a novelty, my images get more views than most. 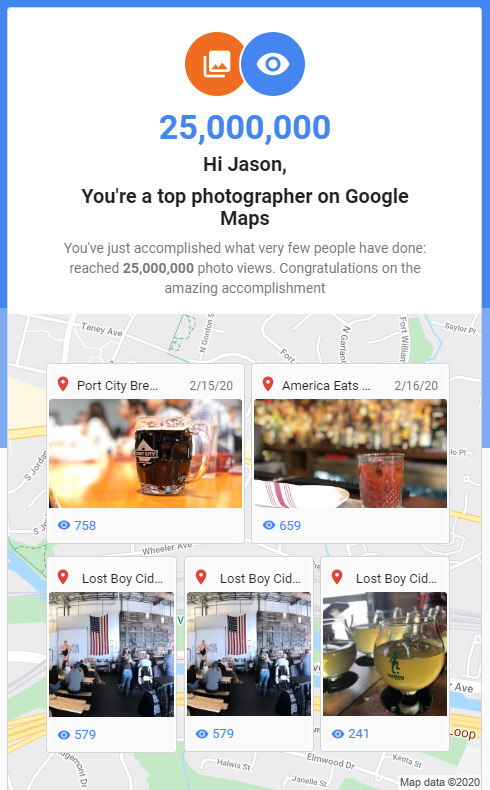 The most popular image is this 360-degree photo I quickly snapped while exiting a Cincinatti Reds baseball game, which has achieved 5,051,046 views.

It’s a nice motivating bit information information that encourages me to keep traveling and adding 360-degree photos to Google Maps.