When VMware vSphere/vCenter 5.1 was released in September 2012, I started to get excited about upgrading both my VMware View and VMware vSphere environments to versions 5.1.

Alas, that is not the case and my logic is not welcome here:

Even the “VMware Product Interoperability Matrixes” shows that VMware vCenter Server 5.1 is not compatible with any version of VMware View. 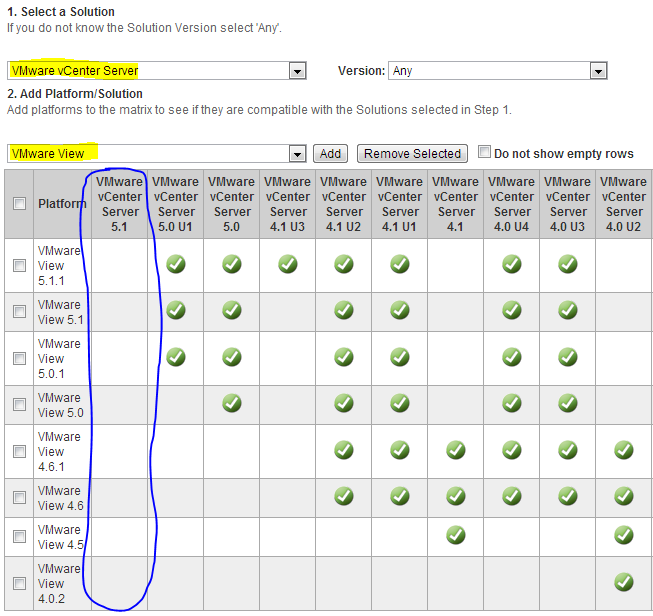 It would be nice if VMware didn’t release conflicting information, or at least would avoid using the phrase “or later” when documenting compatibility. I’ll just have to wait for either an upgrade to VMware View or an upgrade to VMware vSphere for the two solutions to be compatible with each other once again.