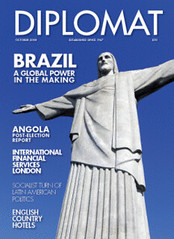 Two photos that I took while traveling in Brazil appeared in the October 2008 issue of Diplomat magazine, a London-based magazine covering foreign affairs, interviews with ambassadors, and London lifestyle.

Dan Harder from the publication contacted me in September saying “We publish 10 times a year and distribute to all the foreign diplomats in the UK, as well as to members of the House of Lords and House of Commons.”

I agreed to let him use my images and he was kind enough to send me a copy of their magazine, which arrived in the mail today.

The first image they used appears on the cover of their magazine. We were in Rio de Janeiro only four days, three of which were cloudy with scattered showers. On the day we visited the Christ the Redeemer statue, however, we lucked out and had a clear blue sky. I like how the white statue with sharp shadows contrasts against a beautiful blue gradient sky. 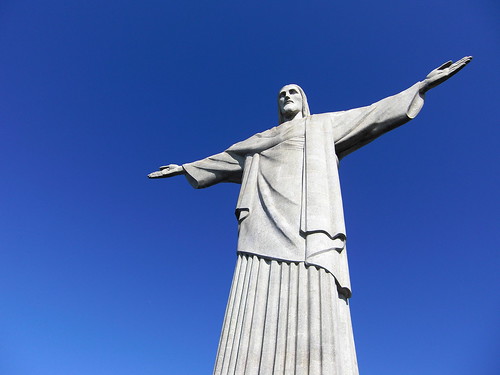 The second image of mine they used appeared as the feature image for their story on Brazil. It is a two-page image of Iguazu Falls. This wide image is actually composed of eight to 10 separate images that I later stitched together using software. If you want to see the full-sized result (9400 x 3584 pixels), I saved it here.

It was nice to have some of my work appear in publication. While I enjoy photography, I don’t think I’ll be leaving my day job anytime soon.